Thanks to NetGalley publisher Down East Books for the ebook ARC of Wake Up, Baby Bear! by Lynn Plourde and illustrated by Teri Weidner in exchange for an honest review.

Baby Bear is so tired from staying up too late in the fall, that he cannot wake up in the spring. A few pecks from a mother Robin does the trick and Baby Bear finally awakes just in time to do some babysitting.

I give this book a rating of 4 stars. I read it to my 4 year old daughter who enjoyed it. It was a cute story with great pictures.

At the end of the book there is some fun facts and information about black bears. 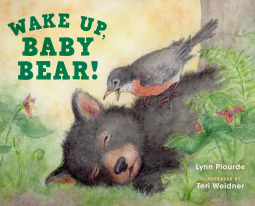 Thanks to NetGalley and publisher Bookouture for the ebook ARC of The Girls in the Water by Victoria Jenkins in exchange for an honest review.

“The first one had been an accident. He had never intended to kill her. But as he looked down at her body, he knew there would be a next one…”

Lola Evan’s body was found in a local park on a cold winter’s morning. Detective Alex King and the new recruit Chloe Lane are called in to lead the hunt for the killer.

A second girl goes missing days later. Both girls each shared a trouble history and were also members of the same support group. Chloe realizes that she too is in danger, as she uncovers secrets about her own brother’s death which someone will kill to keep hidden. Soon Alex and Chloe are fighting for their lives, in a race against time to reach the next victim before it’s too late…

Who is the monster preying on these vulnerable girls?

I give this book a rating of 4 stars. This was Victoria Jenkin’s debut novel. I found that the book starts out kind of slow but it very quickly picks up the pace. It kept me guessing until the end.  And then I found it very hard to put it down. I really liked the characters in the book and found that they were very likeable. I highly recommend it and I can’t wait to read the second book in the series, The First One to Die!

Thanks to NetGalley and publisher Orca Books for the ebook ARC of Lucy Tries Hockey by Lisa Bowes and illustrated by James Hearne in exchange for an honest review.

Lucy and her family are skating on an outdoor rink when she sees a hockey game going on.
Lucy thinks it looks like fun! Being supported by her parents, they enroll Lucy into an introductory hockey clinic. Lucy and her team mates learn the basic hockey skills thanks to the encouraging instructor. They have fun and add hockey to their list of favourite sports!

I give this book a rating of 5 stars. I read it to my 4 year old daughter and she really enjoyed it. The story was cute and I really liked the colourful illustrations. I like how the books encourage children to participate in playing sports.
Be sure to check out what Lucy will try next, visit www.lucytriessports.com.

Thanks to NetGalley and publisher Kids Can Press for the ebook ARC of The Most Magnificent Thing written and illustrated by Ashley Spires in exchange for an honest review.

A little girl sets out to make the most magnificent thing with the help of her canine assistant. After a lot of hard work, the end result is not what she had in mind. She ends up quitting, because she is frustrated. Her assistant suggests that they take a long walk and think about things. It slowly becomes clear to the little girl what she needs to do to succeed.

I give this book a rating of 5 stars. I think this a great story with a great message for children. It shows that practice and hard work can pay off in the end. It also shows patience. I really liked the illustrations in the book too. I read this book to my 4 year old daughter, and she really enjoyed it. She really liked that she was trying to build something magnificent and she liked that her dog was her assistant. 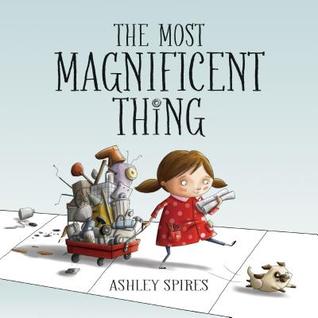 Thanks to NetGalley and publisher Picture Window Books for the ebook ARC of The Picky Eater by Betsy Parkinson and illustrator Shane Clester in exchange for an honest review.

Piper is a very picky eater. She only prefers foods that begin with the letter “P”. Will Piper overcome her picky eating habits?

I give this book a rating of 4 stars. was a very cute book and very colourful illustrations. I think that it will help children that are picky eaters to try new foods. 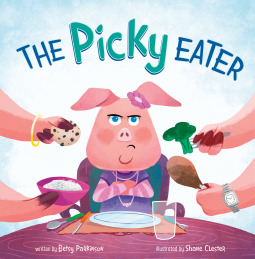 Thanks to NetGalley and publisher Muddy Boots for an ebook ARC of Goodnight, Seahorse by Carly Allen-Fletcher in exchange for an honest review.

This book is about a child’s first introduction of creatures of the sea. Its about a seahorse making its way home to bed.

I give this book a rating of 5 stars. It was a very cute and colourful book about the sea for children. My 4 year old daughter really liked the story.

Thanks to NetGalley and publisher Bookouture for the ebook ARC of The Murder List by Chris Merritt in exchange for an honest review.

Its been five years since Detective Zac Boateng’s daughter was murdered and her killer has never been found. Now Zac is back at working for the Metropolitan Police and is more determined to bring the city’s killer’s to justice.
When a man is found brutally murdered in a rundown south London shop, all fingers point to Darian Wallace who is highly intelligent and manipulative. The victim helped send him to prison two years ago. And now he has just been released.
Zac knows it will take everything he has to catch this dangerously clever killer, even though he is still grieving. Just as he feels that he is getting closer, he makes a devastating personal discovery.
Zac has a choice to make – risk letting the killer escape or watch his daughter’s murderer get away again…

I did not finish this book. I don’t know what it was but I just couldn’t get into it. It almost seemed confusing and almost too much was going on. I give it a rating of 1 star. 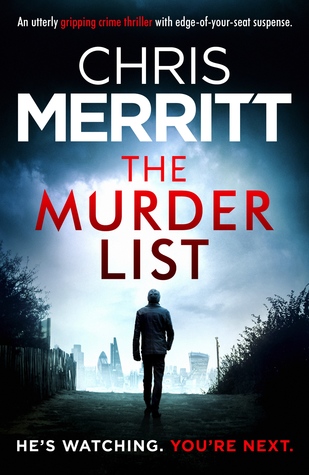 Thanks to the publisher, Bookouture for the ebook ARC of I’m Still Standing by Colleen Coleman in exchange for an honest review.

Evelyn Dooley married her high school sweetheart, James and she thought that she was set for life. And now she is 28 years old and single, she decides to flee to Dublin from her hometown to avoid the gossip of their break up. All because of a test your relation board game.
This was not in her five year plan.
Once in Dublin, she meets a gorgeous musician, Danny which leads to an unlikely friendship. Soon they are running music nights together in one of the oldest pubs in Dublin. For the first time in along time, Evelyn is following her own dreams and not someone else’s. Sparks are also beginning to fly between her and Danny.
When her savings run out and home calls, Evelyn must choose. The safe comfortable life that she left behind? Or a new adventure with Danny? Will Evelyn run back to her ex, James or reach for the stars?

I give this book a rating of 5 stars and highly recommend. It was a feel good book with laughs. It was very inspiring and all about taking chances,friendships and romance.The story was written in Evelyn’s view.
Colleen Coleman is one of my favourite authors which I discovered reading Don’t Stop Me Now. 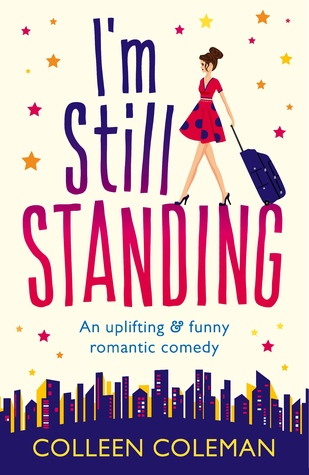 Thanks to NetGalley and publisher St. Martin’s Press for the ebook ARC of Bring Me Back by B.A. Paris in exchange for an honest review.

A young British couple, Finn & Layla are driving through France on holiday when they stop for gas. He goes in to pay and she stays in the car. She is told to lock the doors as she doesn’t like the dark. But when he comes back, the car door has been left open and she is not inside. No one sees her ever again.
Ten years have passed and Finn has asked Ellen to marry him. They are both very happy. His part has become only a small part of his life now. Until one day, he comes home and finds his future wife sitting on the sofa. She is turning something over her fingers that only he and she would know about because his future wife is the sister of his first love that went missing.
As more and more questions are raised, their relationship becomes strained. Has Finn’s first love, Layla come back to him after all this time has passed? Or is the person who took her playing games with him?

I give this book a rating of 5 stars and I highly recommend reading it. I couldn’t put this book down. I was hooked from the very beginning. It was very well written. The book had me guessing throughout it most of it. This was the first book I have read by B.A. Paris and it definitely won’t be the last!